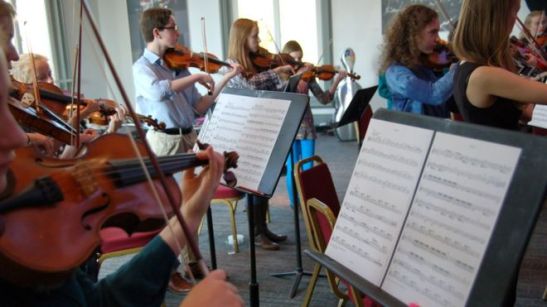 Practical music teaching in England, delivered by a network of 121 hubs, is secure for another four years, ministers have announced.

The hubs, first set up in 2012, allow children to play instruments, sing in choirs or play in bands, but continued funding has been uncertain.

Now the government has announced £300m to last over the next four years.

The Musicians Union said the cash would be welcome relief to music teachers “struggling” in insecure jobs.

Composer Lord Lloyd-Webber said it was a “welcome first step towards improving funding for music and the arts” in schools.

But the NASUWT teachers’ union called it “a sticking plaster to cover a gaping wound”.

This entry was posted on November 20, 2016 by toomanysusans in News and tagged education, learning, music, music hubs, schools.