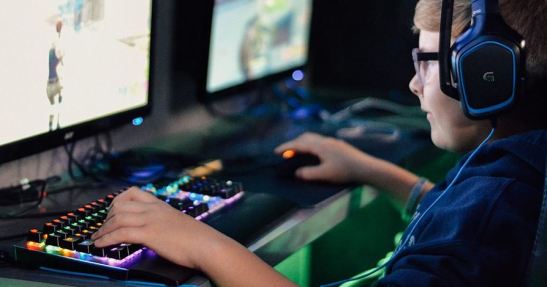 Perhaps because of its antecedents in toys and children’s games, the idea that games can be used purposefully as part of the learning diet in schools has not gained much traction.  Games are a distraction, rather than a core part of learning seems to be the attitude of many teachers.

How can something that educationally engrosses their imagination be confused with serious learning? I can hear teacher’s saying. This attitude suggests they are several generations behind the sort of games that are available for learning. Certainly there are a generation of games that have been counter-productive to the idea of collaborative learning and celebrate the worst elements of human nature in pandering to negative human emotions based on brutal warfare, murder and car crime. However, the same  features, below the level of content and context, can also be re-purposed in more educationally valid ways.

Almost two decades ago I was involved in evaluating products which allowed an individual to stage a play by developing 3D characters, a setting, lighting and sound. The experience of working in such a multi-layered environment and considering some of the higher level thinking skills, gave the pupils a deep understanding of the plot and setting of the literature they were studying. The pupil engagement was far deeper than even the best teacher exposition.

This reticence to encompass gaming in schools is not generally reflected in industry and commerce where modelling and game playing plays a vital role in risk management, safety training, pilot training and mission simulations and decision making.  The idea that students could model actions and  understand consequences, and risks, would, of itself, be  sufficient justification to include access to gaming in the school curriculum.

Furthermore, for many students, gaming in its various forms will form part of their daily job diet beyond school, which gives another justification for its inclusion.

Underlying some of the teacher antipathy to games and gaming in schools is a sense of insecurity… will this be the thin end of the wedge to replace the skill set of the teacher (quite possibly)? Who is recording the pupil progress within the gaming world? Well, gaming often makes assessment more meaningful and many games recognise this by monitoring both efficiency and effectiveness of decisions made in real time. Such an assessment system is both meaningful and transparent to pupils in a way that a mark or grade delivered a week after the learning took place isn’t.

In this article from BOLD, Mark Bodmer considers Why Gaming is Still Stigmatised in Schools

I'm convinced we can, as a species, do much better than this if we set our minds to being much more positive and productive towards our fellow humans. The solution is learning - creating independent and autonomous learners who can problem solve, innovate and create a better more equitable and sustainable world. My books, Future Proof Your School and Re-Examining Success together with this blog, explore how better learning outcomes for all can be achieved.
View all posts by educationalist04 →